What was the loudest sound ever heard in history? Well, most Indonesians are probably familiar with the volcano island of Krakatau, or Krakatoa as it's known in the rest of the world. But I don’t think many of us actually realize that the volcanic eruption that occurred there was actually the biggest and loudest explosion ever recorded in history, the sound being heard even thousands of kilometres away. 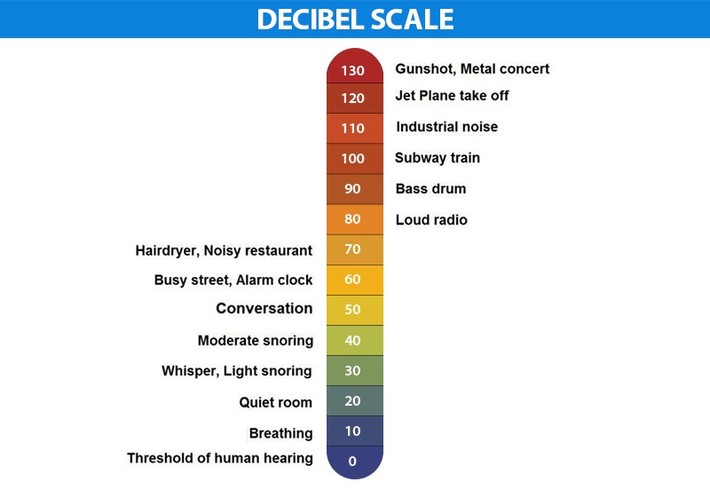 The date was August 27th in 1883, this would be a catastrophic day for the surrounding islands of Java and Sumatra. Regular people went about their day when suddenly they were hit with an unimaginably loud shockwave of sound when the mega-volcano Krakatoa exploded with a force so massive that it blew the island apart. The explosion of Krakatoa was estimated to be 310 decibels in the epicentre. That magnitude of sound is unthinkable. The radius of destruction stretched as far as modern day Jakarta, where it would still feel like a bomb went off. Even after the sound traveled for over 160 kilometres, it was still with the powerful force of 180 decibels. Ruptured eardrums, wind getting knocked from your lungs, glass windows shattering. The people who didn’t die from this, were most definitely deafened for life. 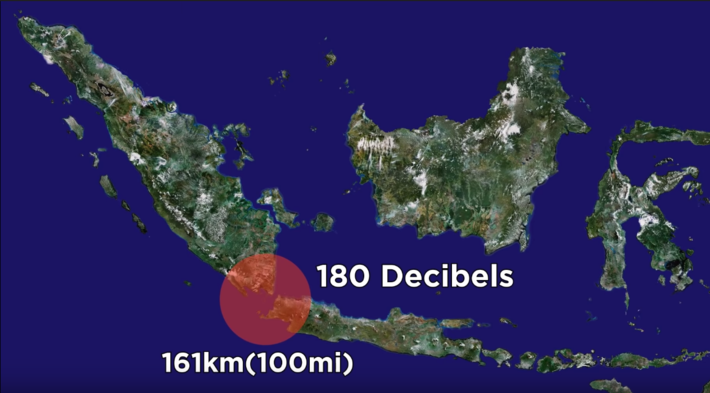 The plume of smoke that resulted from the explosion went up as far as 28 kilometres up into the atmosphere. Hot ash and volcanic rocks shot out at twice the speed of sound. Huge 30 metre Tsunamis spread out from the island of Krakatoa, hitting the nearby islands of Java and Sumatra, wiping out more than 50 villages near the coastline. The death toll from this natural disaster was massive, an estimated 120.000 lives were lost. People who experienced the blast and survived to tell the tale, described the experience as apocalyptic and world-ending. Small wonder, since the power of the blast was the equivalent of 200 megatons of nuclear payload, 13.000x more powerful than the atom bomb that destroyed Hiroshima in World War 2. The Krakatoa eruption was audibly heard in over 50 geographical locations the world over. Even when the sound was too low frequency to be heard by human ears, it was still able to be picked up by barometric instruments around the world. The sound waves from this explosion kept traveling across the globe several times, and it took 5 days until it stopped being detected, in which it’s been heard around our planet 3 ½ times in every direction. We should count ourselves lucky that a disaster of this magnitude has not happened in our lifetimes, and let’s hope that this record of the loudest sound in history stays unchallenged forever.